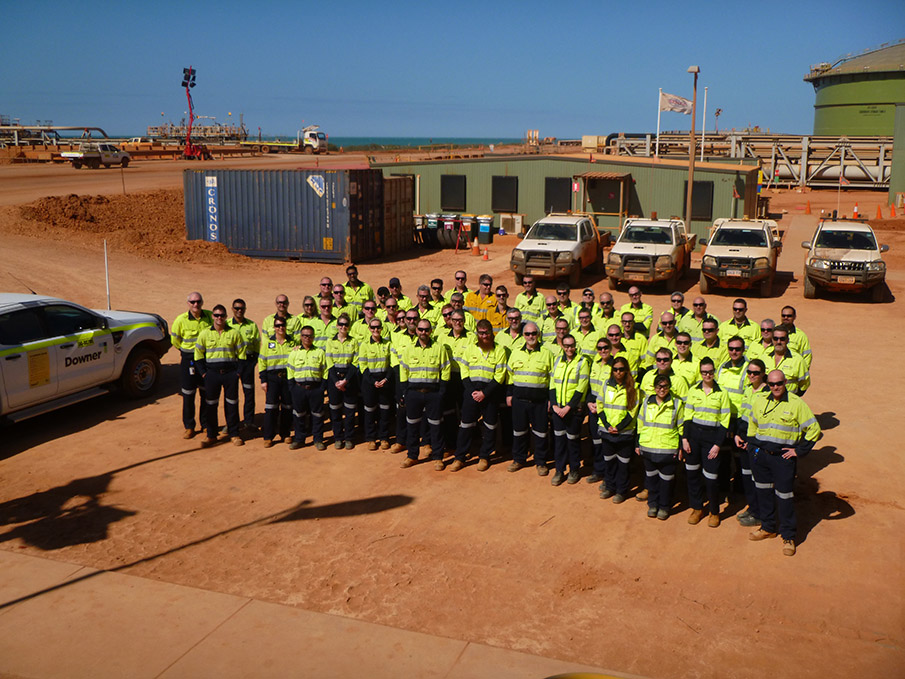 Downer’s industry leading Zero Harm performance has been recognised by our customer, Chevron.

For two consecutive years, Downer has secured and maintained its “A” rating (the highest possible rating) for its Zero Harm performance. Alongisde a low TRIFR of 0.16, Downer achieved the best overall rating on the Gorgon site. This rating can only be achieved when the performance is high over a sustained period of time and when there is a strong commitment from everyone in the team.

The rating system acts as a driver for leadership and performance in Zero Harm. The rating system - effecitvely alligning with Downer's internal Zero Harm KPI's - further encourages the team to achieve an incident and injury free operation, but also puts Downer in the position of being contractor of choice for Chevron.

Downer teams across the Company are continuously striving to achieve the highest possible rating for safety performance, and the Gorgon team is one of many who have been recognised by a customer.