Mr Fenn has over 30 years’ experience in operational management, strategic development and financial management. He joined Downer in October 2009 as Chief Financial Officer and was appointed Chief Executive Officer in July 2010.

He was previously a member of the Qantas Executive Committee, holding a number of senior roles over 14 years, as well as Chairman of Star Track Express and a Director of Australian Air Express. He worked at KPMG for eight years before he joined Qantas.

Mr Fenn is currently a Director of Spotless Group Holdings Limited and a former Director of Sydney Airport Limited. Mr Fenn holds a Bachelor of Economics from Macquarie University and is a member of the Australian Institute of Chartered Accountants. Mr Fenn lives in Sydney.

Mr Binns is an experienced senior executive and non-executive director with extensive experience in New Zealand in the energy, construction and building materials sectors where he has been closely involved in many of New Zealand’s largest infrastructure projects, including the Wiri Prison public-private partnership, Waterview Connection, SKYCITY, Museum of New Zealand Te Papa Tongarewa and the second Manapōuri tunnel.

Mr Binns was Chief Executive Officer of Meridian Energy from 2012 to 2017 and prior to that held several senior roles with Fletcher Building, including as Chief Executive Officer of the Infrastructure Division where he was responsible for the construction and heavy building materials operations in Australia, South East Asia, India, South America, the United States and the South Pacific, as well as in New Zealand.

Mr Binns is currently Chairman of Crown Infrastructure Partners and Hynds Limited and a Non-executive Director of Auckland International Airport and several private companies. Mr Binns holds a Bachelor of Laws from the University of Auckland. Mr Binns lives in Auckland.

Ms Handicott is a former corporate lawyer with over 30 years’ experience in mergers and acquisitions, capital markets and corporate governance. She was a partner of national law firm Corrs Chambers Westgarth for 22 years, serving as a member of its National Board for seven years including four years as National Chairman. She also has extensive experience in governance of local and state government organisations. Ms Handicott is currently the Chairman of listed company PWR Holdings Limited and of Peak Services Holdings Pty Ltd, which is the subsidiary of the Local Government Association of Queensland that is responsible for its commercial operations.

Ms Handicott is also State President of the Queensland Division of the Australian Institute of Company Directors. Ms Handicott is a former Director of CS Energy Limited, a former member of the Queensland University of Technology (QUT) Council, the Takeovers Panel and Corporations and Markets Advisory Committee and a former Associate Member of the Australian Competition and Consumer Commission.

A Senior Fellow of FINSIA, Fellow of the Australian Institute of Company Directors and Member of Chief Executive Women, Ms Handicott holds a Bachelor of Laws (Hons) degree from the Queensland University of Technology. Ms Handicott lives in Brisbane.

Ms Hollows has 25 years’ experience in the resources sector in a number of senior managerial roles across both the public and private sectors, including in mining, utilities and rail. Her experience spans operational management, accounting and finance, mergers and acquisitions, capital management and corporate governance. Ms Hollows is the Non-executive Chair of Jameson Resources Limited, and a Non-executive Director of Qube Holdings Limited and Chief Executive Women.

A Fellow of the Australian Institute of Company Directors and a Member of Chief Executive Women and the Institute of Chartered Accountants, Ms Hollows holds a Bachelor of Business – Accounting and a Graduate Diploma in Advanced Accounting (Distinction) from the Queensland University of Technology and is a Graduate of Harvard Business School’s Program for Management Development. Ms Hollows lives in Brisbane.

She was formerly the Chairman of the Australian Mathematical Sciences Institute, and previously served on the boards of Devine Group, Design Studio Group, Ventia, Nextgen Holdings and Manila North Tollroads Corporation. Dr Howse holds a Bachelor of Science and Doctor of Philosophy (Mathematics) from the University of Queensland, an executive MBA from IMD, Switzerland and a Graduate Diploma of Applied Finance and Investment.

She is a member of the Australian Institute of Company Directors. Dr Howse lives in Sydney.

Mr Menhinnitt held several senior roles over a 30-year career with Lendlease, including as Chief Executive Officer of Lendlease Australia. Mr Menhinnitt is currently a Non-executive Director of The GPT Group, a Non-executive Director of Sunshine Coast Airport Pty Ltd, a member of the Australian War Memorial Development Committee and Chairman of Fluent Property Pty Ltd.

Mr Menhinnitt holds a Bachelor of Engineering (Mechanical) and Master of Business (Applied Finance), both from the Queensland University of Technology. He is a member of the Australian Institute of Company Directors and a Fellow of the Governance Institute of Australia.

Independent Non-executive Director since May 2019

Mr Watson has extensive experience in the construction and engineering sectors in senior executive and governance roles, including in the industrial, transport, defence, health, justice and utilities sectors. He was Chief Executive Officer and Managing Director of Transfield Services Limited (now known as Broadspectrum which is owned by Ventia) for ten years. During this period, he led the business through a successful transition, cultivating a sustainable and successful public company. He also has considerable experience in various Non-executive Director roles. Mr Watson is currently the Non-executive Chairman of BG&E Group Limited and a Consultant of Stephenson Mansell Group where he provides coaching and mentoring to senior executives.

Mr Watson is a former Chairman of LogiCamms Limited (now known as Verbrec), Watpac Limited, Regional Rail Link Authority in Victoria and AssetCo Management which managed PPP assets, a former Director of the Major Transport Infrastructure Board in Victoria, Yarra Trams and Save the Children Australia and was a Board member of Infrastructure Australia and independent Chair of Ross River Solar Farm. A Fellow of the Australian Academy of Technological Sciences and Engineering and member of the Institute of Engineers Australia and Australian Institute of Company Directors, Mr Watson holds a Diploma of Civil Engineering from the Caulfield Institute of Technology and is a Graduate of the Wharton Advanced Management Program of the University of Pennsylvania. 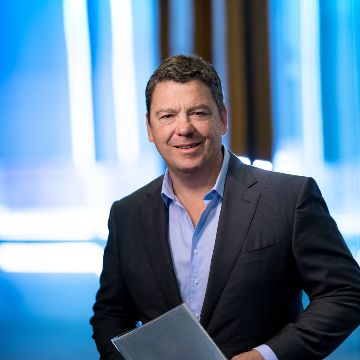