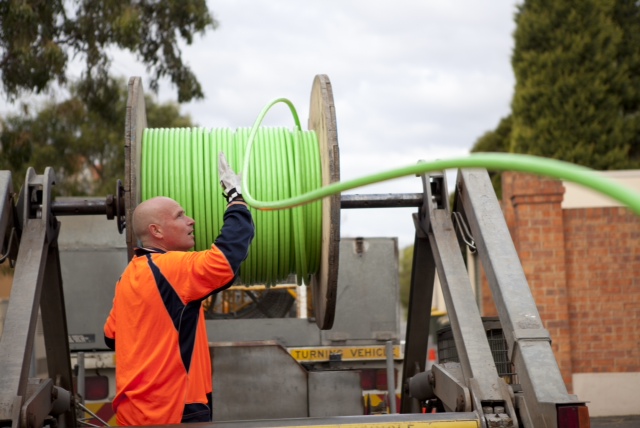 Downer announced today that it has been awarded a new contract by NBN Co Limited (nbn™).

This contract will deliver design and construction services in relation to new Fibre to the Curb (FttC) technology.

The contract is valued at approximately $200 million over the 30 months to June 2019 and involves the detailed planning, design, construction and integration of FttC.

It is in addition to Downer’s existing contracts with nbn™ including the Multi-technology Integrated Master Agreement (MIMA) under which Downer is delivering Fibre to the Node, Fibre to the Premises and Hybrid Fibre Coaxial services in New South Wales, Queensland and Western Australia.

Under the new FttC contract, Downer will deliver services to approximately 230,000 premises in the Sydney metropolitan region by June 2019.

The Chief Executive Officer of Downer, Grant Fenn, said Downer was a leader in technology and communications in both Australia and New Zealand. “Downer has been working closely with nbnTM for many years now and we have established ourselves as a high quality delivery partner,” Mr Fenn said. “We are delighted to win this new contract which is another step toward helping nbnTM achieve its goal of delivering fast and reliable broadband to eight million homes by 2020.”