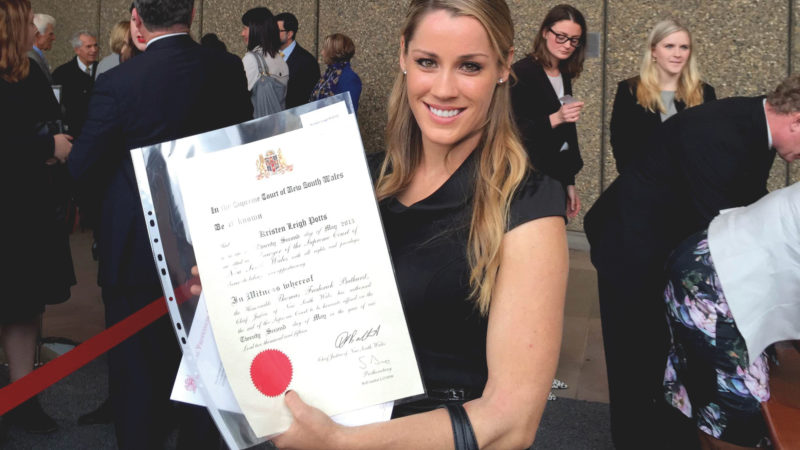 Kristen originally began working in a small law firm, eventually progressing from being the receptionist to taking on some paralegal tasks. She changed firms after a couple of years later and then began working as a legal secretary, further developing her knowledge of the law.

A few years later she decided to take the plunge and study law at Southern Cross University, a course that allows people who are working full time to study online.

“I wanted to be a prosecutor.” Kristen says, “I think it came from my interest in forensic science.”

Kristen joined Downer as Legal Team Assistant at the same time she started her law degree.

“Downer has been fantastic in the way they have supported me,” Kristen says.“They helped me prepare for assignments and allowed me to take leave to study for exams – and they gave me great advice through some very stressful times.”

“Peter Tompkins [Group General Counsel and Company Secretary] and Evan Economo [Deputy General Counsel] have been wonderful mentors and the whole legal team has been great.”

Kristen graduated with a Bachelor of Laws with Honours in April 2015 and a month later was admitted to the Supreme Court of NSW to practise as a lawyer. She now holds the position of Graduate Legal Counsel and works mostly on matters related to construction projects.

“I am truly grateful for Downer’s support and for my new role because I heard at my admission that only one in five law graduates will be employed as lawyers.”