The Safety Focussed Joint Venture (SFP JV) had a successful run taking two wins at the recent CCF Earth Awards in Victoria and nationally this month.

The team’s Hawthorn Main Sewer Rehabilitation Project was the winner of the $10M-$30M Project Value Category and has now won the National CCF Earth Awards. In a further nod, SFPJV’s ETP Large Scale Renewal Project was also recognised as a finalist at the Awards.

“Our teams rose to the challenge of rehabilitating the Victorian-era brick sewers, with the project planned around minimising the impact to local residents by using the innovative ‘Cured in Place Manhole’ technology to provide a fast and effective manhole rehabilitation.

“SFPJV set an industry global record for the deepest manhole ever lined using this method and I am delighted that the work has now been recognised by the CCF Earth Awards.” said Mr Zarosinski.

General Manager, Water Services South Manish Pancholi said the Award was a testament to the Downer approach to using innovative technology to set a new benchmark in safe and successful project delivery.

“This is an exciting win for Chris and his team and important recognition for their commitment and hard work to deliver this complex project,” said Mr Pancholi.

The CCF Earth Awards are the most prestigious civil industry awards event, recognising companies within the civil construction sector who have been involved in a project that demonstrates excellence and innovation in the fields of construction, project and environmental management. 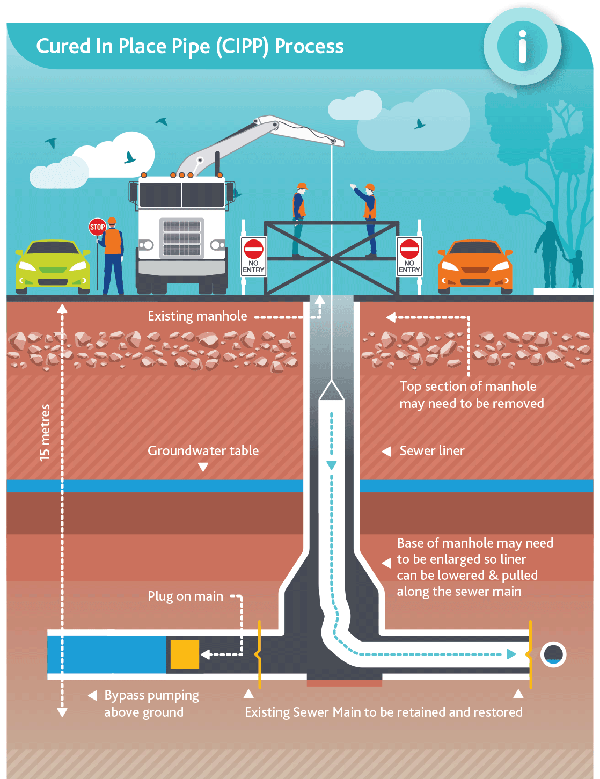